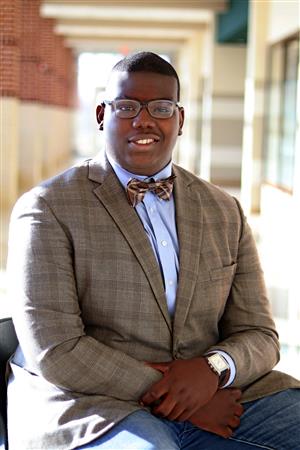 Crowley ISD student Kendyll Locke has been selected as one of two Texas students to serve as delegates in the 2020 United States Senate Youth Program (USSYP). As a delegate, Locke will join Senator John Cornyn and Senator Ted Cruz in representing Texas in the nation’s capital during the 58th annual USSYP Washington Week, to be held March 7-14, 2020.

Locke was selected from among the state’s top student leaders to be part of the 104 national student delegation. As a delegate, he will also receive a $10,000 college scholarship for undergraduate study.

As a senior at North Crowley High School and member of the inaugural graduating class of the Crowley Collegiate Academy, Locke will earn his high school diploma and associate degree this May. He serves as a representative on student council, as well as the vice president of the Black Student Union. Outside of school, he is a public relations committee member of the NAACP of Fort Worth-Tarrant County, public relations director for Fort Worth City Councilwoman Kelly Allen Gray and a board member and marketing director for Power Dominion and Glory Ministries. Locke is the youth ministry president and youth usher ministry president within his church. He also owns and operates his own marketing and public relations firm.

The USSYP was created in 1962 and has been sponsored by the Senate and fully funded by The Hearst Foundations since inception. The goal for the program is to increase young Americans’ understanding of the interrelationships of the three branches of government, learn the caliber and responsibilities of federally elected and appointed officials and emphasize the vital importance of democratic decision making not only for America but for people around the world.

Each year, this extremely competitive, merit-based program brings two students from each state, the District of Columbia and the Department of Defense Education Activity - to Washington, D.C. for an intensive week-long study of the federal government and the people who lead it. The overall mission of the program is to help instill within each class of USSYP student delegates more profound knowledge of the American political process and a lifelong commitment to public service. Transportation and all expenses for Washington Week are also provided by The Hearst Foundations, no government funds are utilized.

While in Washington, the student delegates attend meetings and briefings with senators, members of the House of Representatives, Congressional staff, the president, a justice of the Supreme Court, leaders of cabinet agencies, an ambassador to the United States and senior members of the national media.